If you were watching the Super Bowl last night you may have seen Squarespace’s Super Bowl ad. This commercial featured actor Jeff Bridges lulling a couple in bed to sleep by chanting. In case you missed it, here is the commercial.

The 30 second long commercial is very clever as it peaks your interest by presenting a weird scenario with a well-known actor. It then provides you with a link to website, DreamingWithJeff.com, that will answer the question of “What is this about?”.

This is a great example of holistic marketing, offline and online working together. Driving users from T.V. to a website. Squarespace used a custom domain for this campaign, one that is very easy to remember. Of course, after the commercial aired search and social media trends picked up for the ad, Jeff Bridges, and Squarespace. Here is the Google Trends screenshot.

Squarespace did a great job with their digital marketing efforts when the Super Bowl ad aired. They had paid ads in Google that appeared for queries around their Super Bowl ad. They also had their social media profiles branded and updated with content related to the Super Bowl commercial. Paid ads on Twitter were also utilized.

All social profiles were branded and multiple posts related to the Super Bowl ad were published.

There are a few things Squarespace should have done to further benefit from their Super Bowl ad campaign. Here is a breakdown.

So, an all around great job by Squarespace demonstrating a holistic marketing approach. They ensured that the viewers of the their Super Bowl commercial would be able to continue the discovery journey by visiting a custom website, find them in Google and on Social Media. They employed both paid and non-paid tactics. This is definitely the approach every company should take with their marketing. 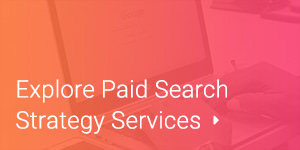